Yesterday morning I had a quiet walk around Lake Katherine in Palos Heights.

The still water reflected the trees and the clouds. 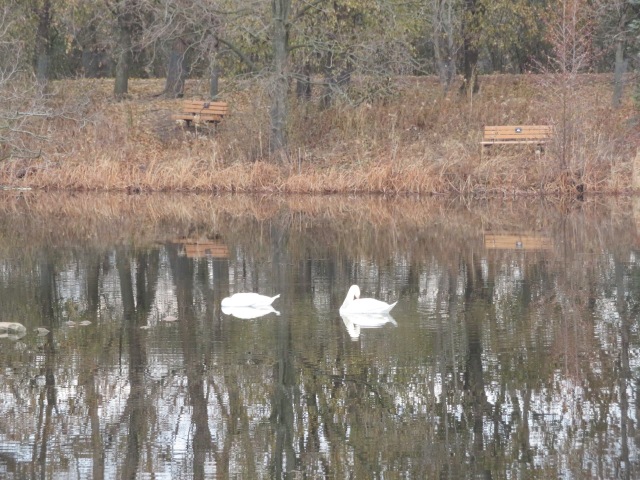 It was a cold morning and the mute swans seemed to be sleeping with occasional grooming. 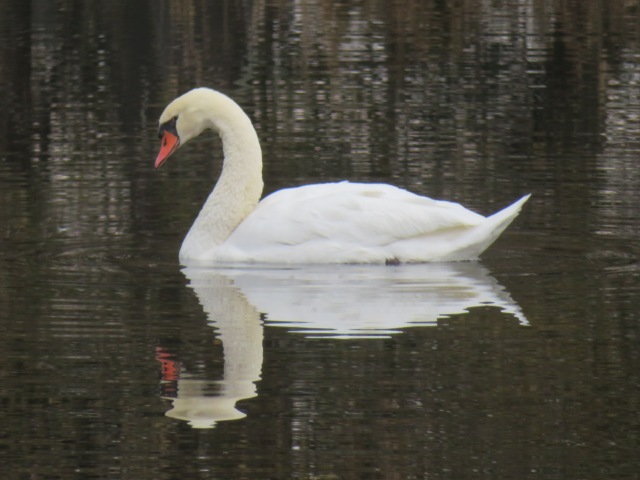 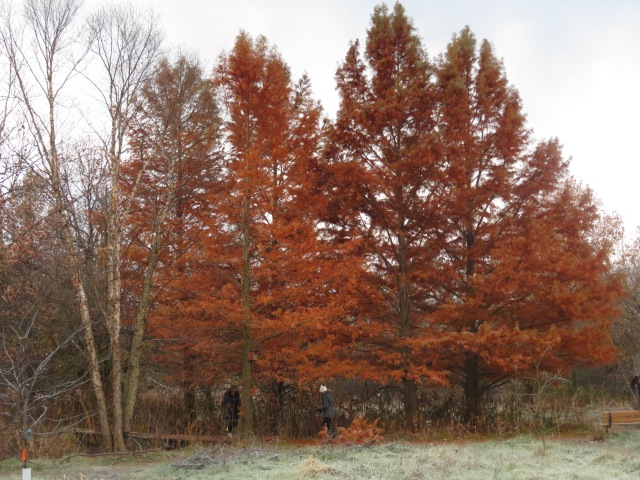 There were not many people out, but two women were laughing and taking picutres on the bridge at the pond surrounded by cypress trees in autumn colors.

Water is high in the pond this year.

I see that invasive phragmites are taking root in the pond.

When I first arrived at the lake it was birdy and I was trying, mostly unsuccessfully, to take pictures of white-breasted nuthatches, cardinals, downy woodpeckers, goldfinches, and some unknow sparrows.

Then I noticed a red-tailed hawk land in a nearby tree. 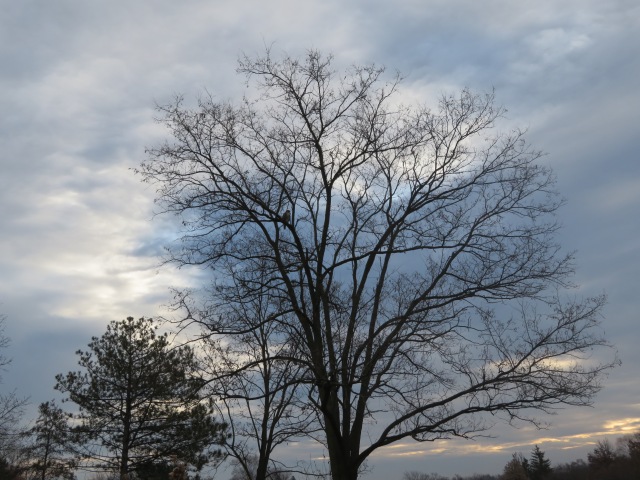 After a while it flew over to another tree.  Can you see it? 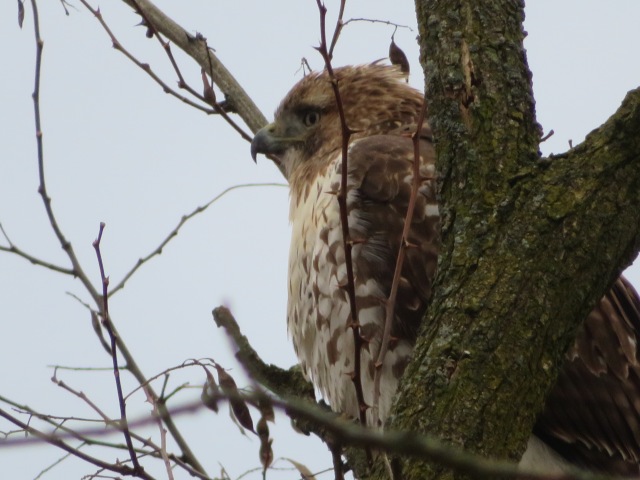 I got a closer look at this predator.  I wondered if he had already had his breakfast or was hunting.

Here is a view of the back feathers.  I understand that red-tailed hawks don’t get red tails until they are two years old.  The tail did not appear to be red.

One more shot of the red-tailed hawk.  can you see the yellow at the base of the beak?

Other than the swans there were only mallards in the lake.  There was plenty of quacking.  The geese must have already flown away for the day before I arrived.

Parts of the lake were still frozen.  The temperatures have been swinging above and below the freezing point these past weeks.

Fungi on a log were covered with a pretty frost.

Books:  I am currently reading Troubled Water: What’s Wrong with What We Drink, by Seth Siegel.  Lots of food for thought and a pretty interesting read.  Do you drink water from the tap?  A lot of us don’t trust it.  The book it not out to get villains, but says there are a lot of bystanders.  It is a complicated issue, but a serious one.  I am just on the fourth chapter but I understand more about why no one is taking action to solve the problem, which is getting worse each year. (I think it might involve taxes and getting re-elected.)  I am looking forward to what suggestions and solutions I will find in the book. 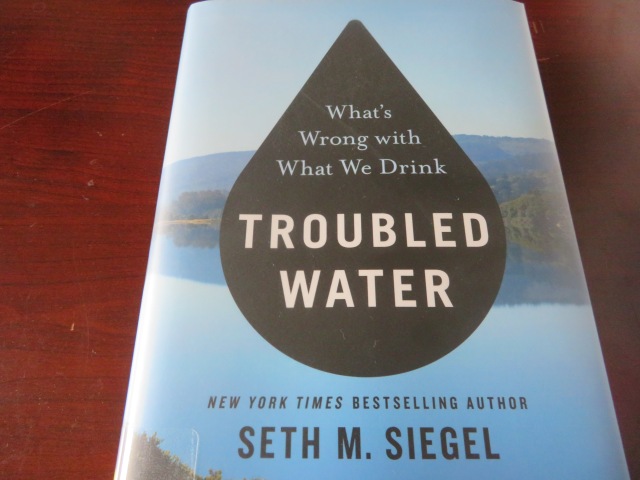 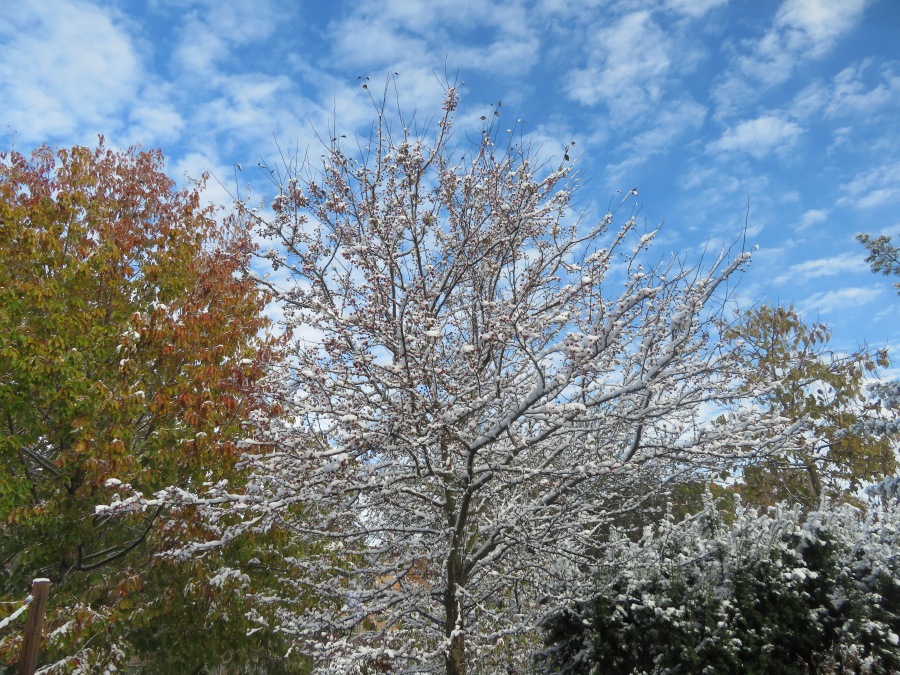 The crabapple tree outside the kitchen window has been catching my attention recently. 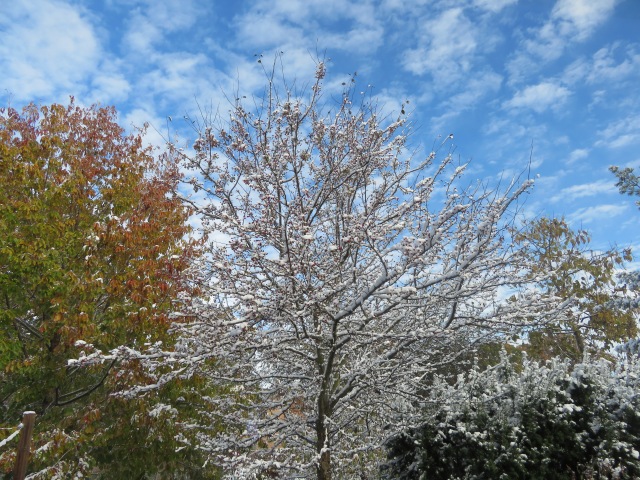 It snowed on Halloween, but the next day the sun came out and I love the blue sky and fluffy clouds above the snow outlined crabapple tree.  On the left the chinquapin oak tree was showing its fall colors.

Backing up, here is the view from the kitchen window.

The dark-eyed juncos have arrived, and are winter residents in our neighborhood. 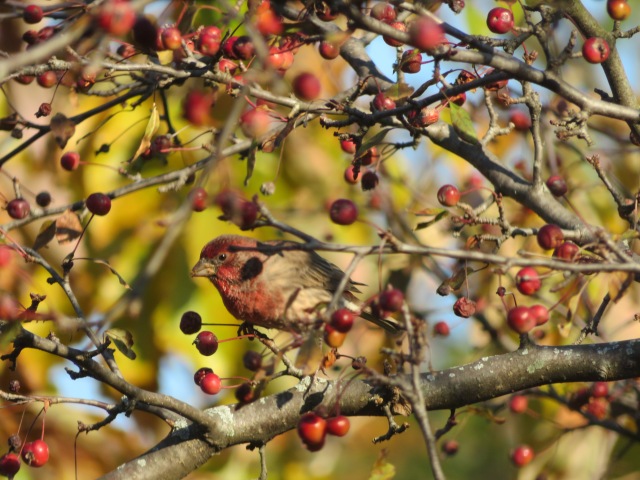 The crabapples probably get tastier after a freeze or two.  Though they probably are not terrific tasting since usually quite a few little apples persist on the branches over the winter.

The crabapples are at various stages of ripeness.  The tree is full of crabapples this year and we hardly had any last year.

Profusion crabapple tree this past spring.  The weather must have been just right to get the flowers pollinated and set into little apples.

The squirrels have come a number of times for a snack.

Golden-crowned kinglet migrating through Chicagoland.  It is always fun to look out the kitchen window and see what birds are stopping by. 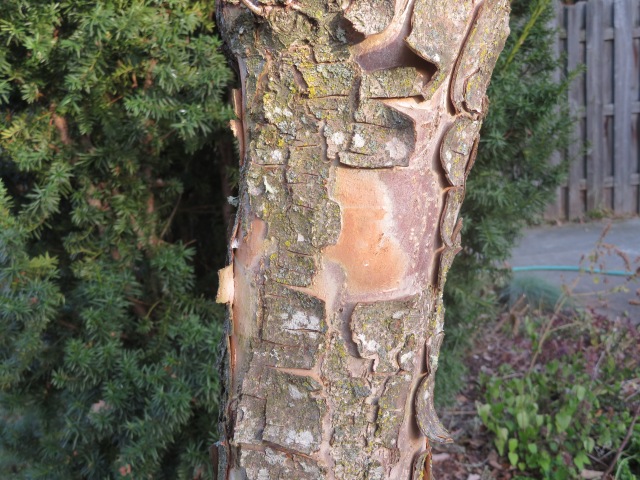 The bark of the tree does not look very healthy to me.  Does this mean the tree is dying?  The leaves get diseased and fall off early each year.  I have not diagnosed the problem yet.  We did have robins successfully nest in this tree early in the year though, when there were still leaves.

As a side note, I saw a black swallowtail caterpillar in the fennel on November fifth, the week after the snow.  We are in cleanup mode these days and have started a big leaf and grass compost pile.  I am leaving more plants standing in place this year to provide habitat for wintering insects and other critters that are good bird food.  Insects are the foundation of the food chain, right? 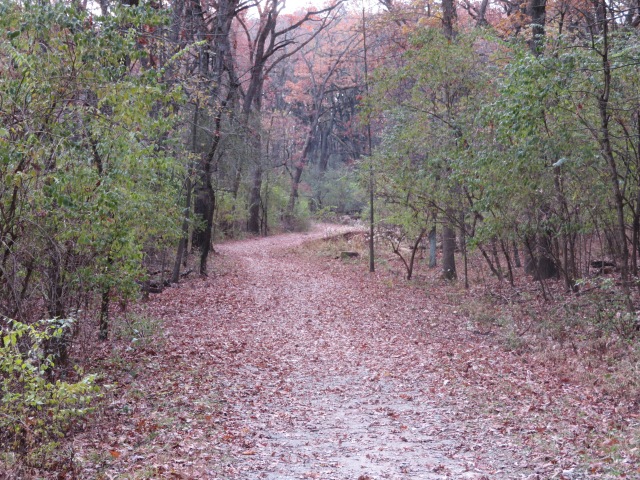 Dan and I had a fantastic walk in the woods this morning, starting at the Wolf Road Woods trail in the Palos Forest Preserve.

At Tomahawk Slough we saw a very fluffed up great blue heron.  The temperature was below freezing last night and thin ice covered parts of the slough. 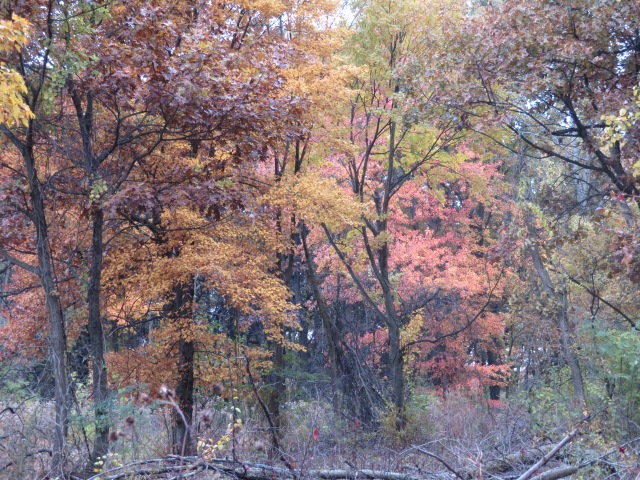 This shot was from our walk last week at the Willow Springs Forest Preserve.  It is time to pull out the cozy jackets, wooly scarves and mittens, and warm boots and enjoy cold weather hiking.